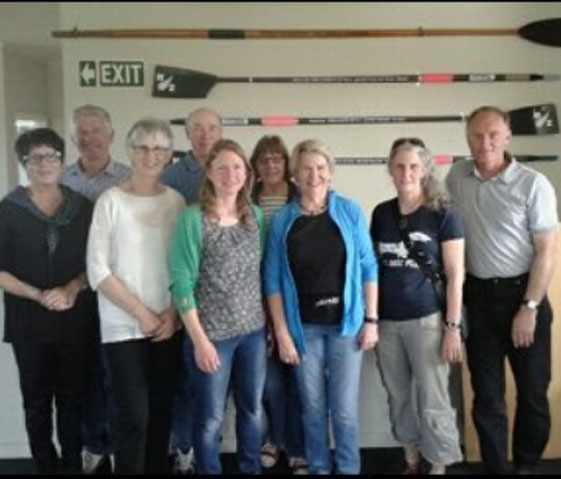 It was great to see new faces and our faithful Grovetown friends at the Annual General Meeting in October. There was a good turn out, with numbers up on last year. At the meeting an election was held to form the Grovetown Lagoon Executive Committee for the next year. The Executive Committee is made up of four foundation members (from Iwi, Department of Conservation and Council) and three elected members. The Executive Committee is made up of Howard Sadd for Ngati Rarua and Rangitane, Johnny Joseph for Ngati Toa, Phil Bradfield for DoC and Cynthia Brooksfor MDC. The nominations for the Grovetown Community members were Rosanne Marson, Tim Barton and Doug Hislop. The nominations were accepted and these member were voted onto the Executive. With the Executive Committee in place general business was then discussed including; signage to the Lagoon, the Grovetown Lagoon stand at the A&P Show, World Wetland Day, weed control, Steam Wharf bridge and progress at the shade house. Kathryn Richards gave a very interesting talk on the Kiwi Conservation Club and Enviro Schools. The evening was rounded off with tea and cakes. Thank you to everyone that attended. Download the full Newsletter