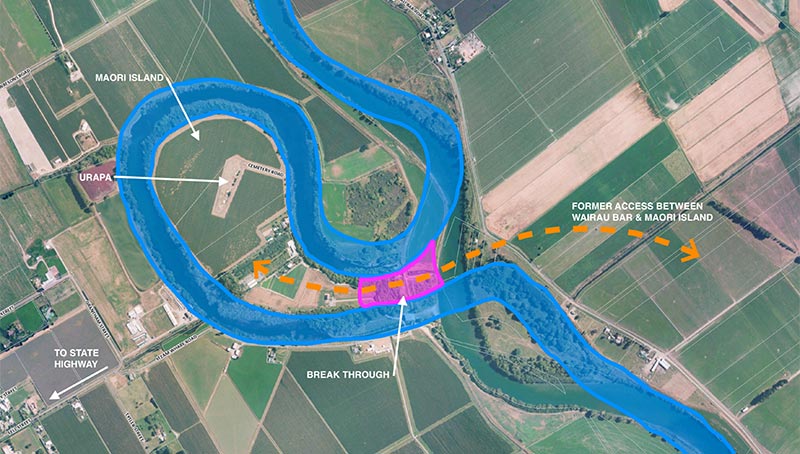 Grovetown Lagoon is a beautiful oxbow lake which was formed when the Wairau River changed its course roughly 155 years ago when a bend was cut off and became a circular lake.

The initial break-through occurred in the pink area (see image),  to the north (upstream) of the location now occupied by the Wairau Rowing Club.  Since the break through the Wairau River has re-aligned itself,  now following a more gradual track.  Parts of the old river have silted up and other parts have had stop-banks built in the old bed.

Before 1861 Maori from the Wairau Bar accessed the Urupa as shown by the orange dashed line via the narrow neck of land since breached by the Wairau River.